While writing this post, Bitcoin is approaching the $12,000 mark, again.

Willy Woo has published an analysis showing that the number of bitcoin users doubles every 12 months. Sounds familiar? Because this is the characteristic of exponential growth.

When exponential growth is based on a massive transformative purpose, then disruption is unavoidably going to happen. And here’s this purpose as wisely stated  by @ErikVoorhees on November 28, 2017:

Why does Bitcoin keep growing? Because it’s time to separate money and state.

Naturally, somebody who has been working decades in the same industry doesn’t like disruption. It devalues their knowldege and experience, undermines the standing they are used to. So it is no surprise that Nobel laureates Stiglitz and Shiller are not fans of bitcoin & co.

Here is an articulate scenario: 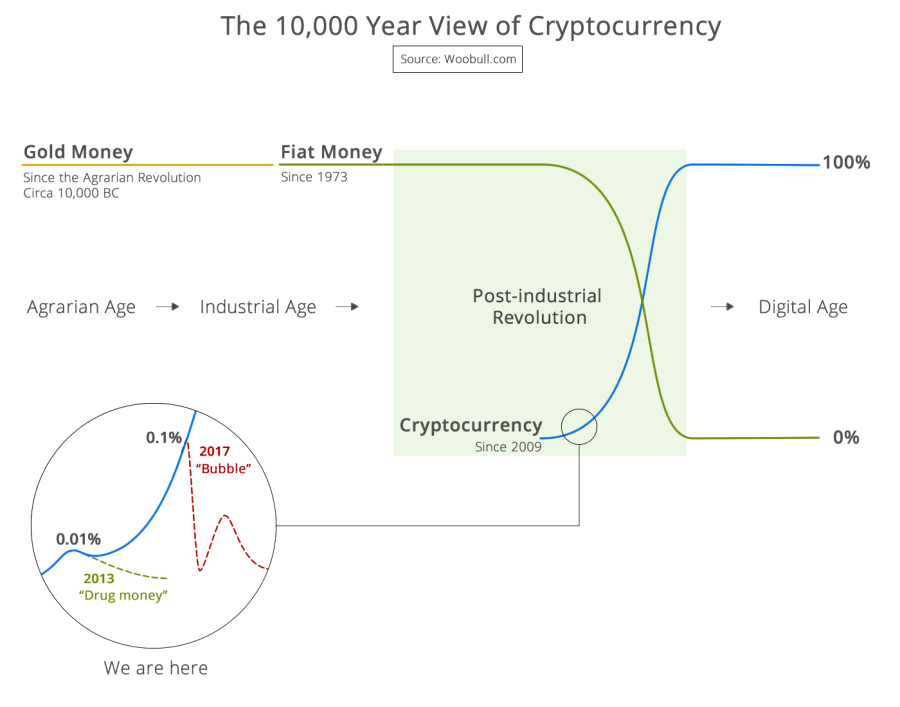 Grown up in East Germany, done business everywhere since the Berlin wall fell, now relaxing on the tropical Pacific coast of Panama. And there is an idea ... View all posts by jay pacific

The land of the Panama Canal, the largest ship register and the second largest freezone is not just a logistics hub. It's the perfect place to have a life beside a successful business. To learn more, contact us.
Loading Comments...
%d bloggers like this: